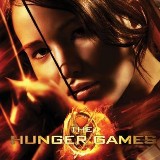 Televised on national tv, this is reality tv on a whole different level. In a desperation to save her little sister, 16 year old Katniss steps up and volunteered her life for The Hunger Games!

An adaptation from a novel, The Hunger Games is an annual event in which one boy and one girl aged 12 to 18 from each of the 12 districts surrounding Capitol are selected to battle it out. In which only one can survive.

Catch a glimpse of the trailer on the official Facebook page.
Televised on national tv, this is reality tv on a whole different level. #TheHungerGamesMY