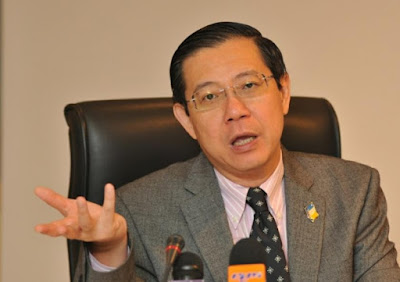 "If they ban, then we will pursue further. Let them declare BCA illegal," he said in a message to the Malay Mail Online.

Lim, who is currently in Hong Kong, was responding to a circular by the state education department telling schools to wait for the department's approval before participating in the state-level Merdeka parade next week.

Lim is in Hong Kong to deliver a lecture on the topic “Update on Malaysia Political Situation & What the Future Holds” at the Asia Society Hong Kong Center.

Yesterday, the state education department issued a circular for all Penang schools to wait for the department's approval before taking part in the annual parade.

Penang state leaders have expressed their ire over the directive, with Deputy Chief Minister II Prof P. Ramasamy saying it was a nonsensical directive especially when the word "bersih" only meant clean and not in reference to the Bersih 4 rally.

"I am the chair of the State Official Affairs and I am in charge of the event so according to protocol, the state education must inform me first before issuing such a directive to the schools," he said.

Law also demanded an explanation from the state education department for such an irrational directive, which is seen as preventing the students from celebrating Merdeka.

He noted that this has never happened in all these years of state-level Merdeka celebrations as the schools, its uniformed bodies and bands have always taken part in the parade without any issue.

Earlier today, Deputy Education Minister P. Kamalanathan told Malay Mail Online that the move was based on advice from the National Security Council, which expressed concern that “Bersih” in Penang’s theme would be harmful to national interests.