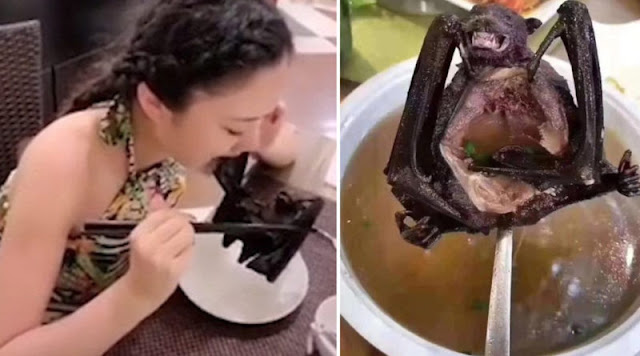 The Chinese influencer who shared a video of her eating a bat days after the coronavirus outbreak has broken her silence, saying she has received death threats and widespread criticism online, The U.K. Sun reports.

Wang claims she received death threats because of the video, which she says was filmed three years ago in Palau, Micronesia.

“I didn’t know what the virus was at that time,” Wang wrote. “When the video was released I only want (sic) to introduce the lifestyle of the local people. I don’t know bat will (sic) become the host.”

The video sparked outrage as it’s speculated bats may have been a potential carrier of the coronavirus that is believed to have originated in a market in Wuhan, China.
“Although it’s a local fruit bat, I didn’t refer to expert info (sic) and fail to clarify the danger before eating the bat,” Wang wrote.

Wuhan along with several other cities in China have been locked down in a bid to prevent the spread of the virus.

Despite the efforts, the first two Canadian cases of coronavirus were confirmed in Toronto in the last two days.

In China, the virus has killed more than 80 people and infected hundreds more – with some estimates placing the global infection total at 2,800.

A new study published in the China Science Bulletin last week suggested fruit bats carry a virus that is connected to the new strain of coronavirus, according to the South China Morning Post.