France to evacuate citizens from Wuhan by air 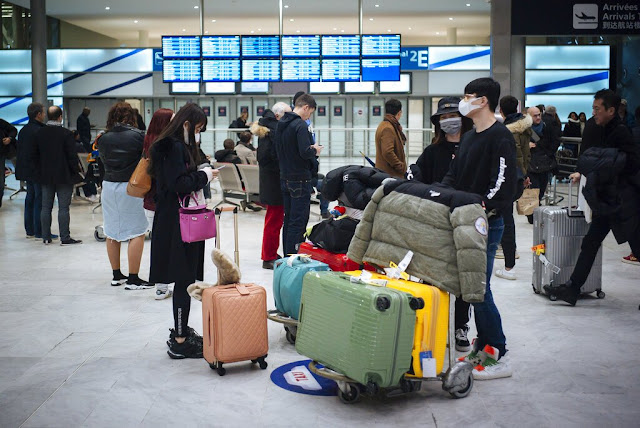 PARIS: France said on Sunday it expected to evacuate hundreds of its citizens from the Wuhan area in China, the epicentre of a coronavirus outbreak.

French Health Minister Agnes Buzyn said any decision to ban flights from China would have to be taken by the European Union and rejected calls for temperature screening of passengers flying in from China as ineffectual.

“French citizens will be repatriated by airplane to France, with the agreement of Chinese authorities. This will take place midweek,” Buzyn told reporters.

France expects to repatriate up to a few hundred of its 800 citizens living in the Wuhan area. Evacuees will have to spend 14 days in quarantine to avoid spreading the virus in France.

Buzyn said that following the discovery of three coronavirus infections in France on Friday — three Chinese nationals — no further cases had been confirmed.

Buzyn rejected the need for temperature screening of airline passengers from China.

She said screening gives an impression of security, but serves no purpose because symptoms can emerge later and aspirin can temporarily lower body temperature.

“Proof is that the three patients with confirmed coronavirus in France would not have been spotted with a temperature scan. They all arrived here without a fever and developed symptoms of the illness later,” she said.