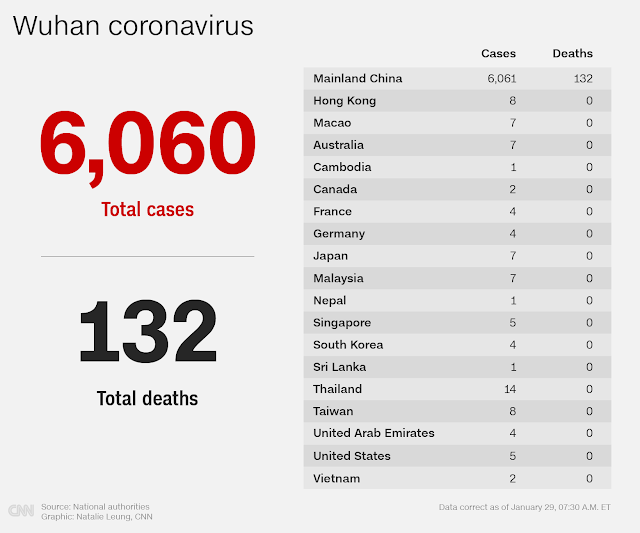 The coronavirus outbreak began in Wuhan, China, in December and it has now spread across the globe.

Today, Chinese authorities are trying to contain the outbreak while other countries evacuate their citizens from Wuhan. At the same time, scientists are racing to learn more about the virus and develop a vaccine.

Here are the latest updates:

The numbers: In China, 132 people have died and there are at least 6,061 confirmed cases in the country -- surpassing the number of Chinese SARS cases during the deadly 2003 outbreak.

It's almost everywhere in China: Tibet, previously the last uninfected region of mainland China, announced its first suspected case today. This suggests the coronavirus is no longer just in dense urban areas, but has also spread to remote, rural corners of the country.

Global spread: Outside mainland China, 91 cases have been reported in over a dozen countries. While most of these cases have a direct link to Wuhan, one case confirmed yesterday was a German man who had not been to China -- indicating human-to-human transmission.
Evacuations: The US and Japan have already retrieved some of their citizens from Wuhan. Other countries such as Australia, France, India, South Korea and the UK are also preparing evacuation plans for their citizens in the city. 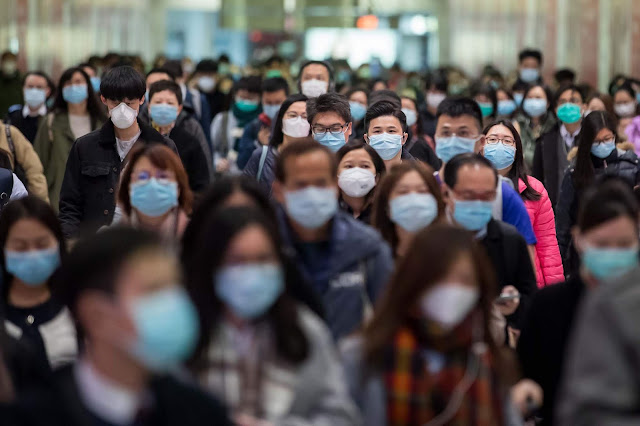