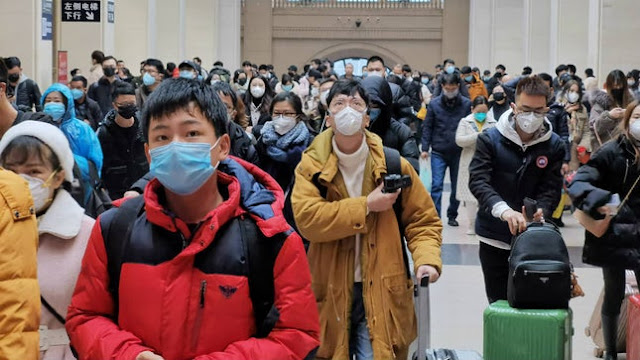 Multiple news organisations have reported how the outbreak of the Wuhan coronavirus has fueled racism and xenophobia across the globe.

According to the New York Times, the hashtag #ChineseDon’tComeToJapan has been trending on Twitter, whereas businesses in South Korea and Vietnam have shut their doors to Chinese customers.

In the United States, Asian students at Arizona State University (ASU) have complained about being subjected to ridicule and isolation.

In Canada, CBC News reported that Chinese Canadians are fearing a racial backlash due to misinformation circulating online about the virus.

In Singapore, tens of thousands inked a petition demanding the government to ban Chinese nationals from entering the island state. In France, a newspaper headline screamed: “Yellow Alert.”

MarketWatch, in its report, cited how Malaysia was also facing a similar situation and quoted Prime Minister Dr Mahathir Mohamad’s warning that stern action would be taken against those sowing racial hatred.

The Guardian, on the other hand, featured a masters student at the University of Manchester, decrying the racism he faced in the wake of the outbreak.

“This week, my ethnicity has made me feel like I was part of a threatening and diseased mass. To see me as someone who carries the virus just because of my race is, well, just racist,” wrote Sam Phan, a British citizen.

“As an East Asian, I can’t help but feel more and more uncomfortable. On the bus to work last week, as I sat down, the man next to me immediately scrambled to gather his stuff and stood up to avoid sitting next to me,” he added.

Appealing for compassion, Phan said: “It's important to see us in all our diversity, as individual human beings, and to challenge stereotypes. The coronavirus is a human tragedy, so let’s not allow fear to breed hatred, intolerance and racism.”

In an opinion piece published in CNN, Jeff Yang wrote that at the root of these reactions is something insidious and familiar. He also pointed to the ongoing trade war between the US and China. 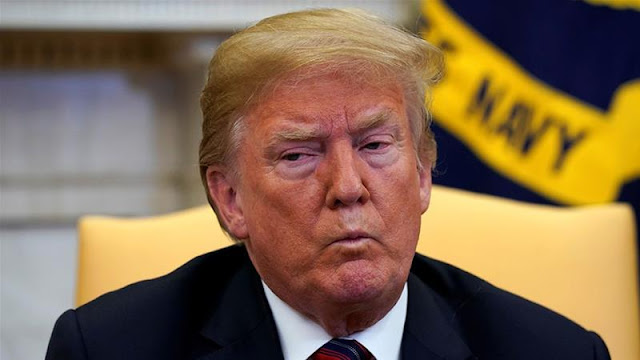 “Throughout history, cultures have used ugly slurs on the savagery, backwardness or filthiness of foreigners as a way to rationalise excluding them, ejecting them or eliminating them; we're seeing this today in the language that (US President Donald) Trump and some in his administration often use to talk about Latin American migrants and other communities, framing them as bestial and subhuman, as violent and barbaric, as diseased and unclean, all to rationalise inhumane policies.

“Food and hygiene slander have long been the spear tip of attacks by contemptuous (or envious) Westerners seeking to make the Chinese seem impossibly alien and thus, unassimilable and inadmissible to their 'civilised' countries,” he said.

Delving into the past, Yang noted how an editorial in the New York Daily Tribune on Sept 29, 1854, called the Chinese: "Uncivilised, unclean, filthy beyond all conception, without any of the higher domestic or social relations; lustful and sensual in their dispositions."

The editorial also warned the federal government to ban further influx of Chinese into the United States.

“Spurred on by these descriptions, some took it into their own hands to reduce the number of Chinese in the country, gathering vigilante bands to burn down Chinatowns and kill their residents.

“One of the bloodiest mass murders of Chinese took place right here in my city of Los Angeles in 1871, as a mob of over 500 invaded the city's old Chinese quarter and slaughtered and hung 20 men, mutilating their corpses in the deadliest known single lynching incident in US history,” he said.

Fast forward to the present, Yang noted a spike in the hostility towards China fueled by President Donald Trump's trade war and his “frothing fusillades of tweets”.

The impact, he said, is being felt by Chinese Americans, “as researchers of Chinese descent, many of them US citizens, are being purged from universities and technology companies, and questions of loyalty that haven't been raised for decades are creeping into public discourse”.

Yang also said a friend had revealed to him how similar sentiments are becoming apparent in Germany following the outbreak of the Wuhan virus.

German news outlets, she told him, have featured commentators suggesting that Asians "deserve" what they are getting.

She had also observed how other passengers covered their mouths or moved away from her on the train.

"Racism against people of Asian descent has been subtle in Germany, but it has always been there. With this recent coronavirus outbreak, it has just gotten worse...we are basically stuck between getting ridiculed and being the recipient of disgust," Yang quoted her as telling him.

Yang concluded his article, titled “A new virus stirs up ancient hatred”, with a warning.

“This coronavirus is new. But the diseases of xenophobia and racism are not. And as history has shown, outbreaks of the latter are potentially harder to contain and far more lethal,” he said. 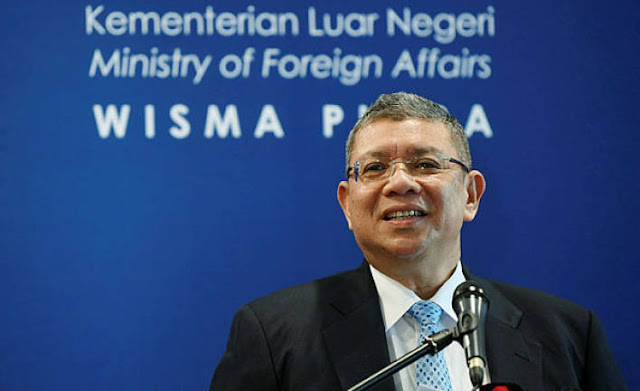 Earlier today, Foreign Affairs Minister Saifuddin Abdullah (above) asked Malaysians not to turn the outbreak into a racial issue, saying it was mere coincidence that the virus originated from China.

"Previously, there was (also) the Ebola (outbreak) in Africa and other epidemics from other continents, but we never had any racial issue then,” he added.