Wuhan coronavirus has now spread to every region within mainland China 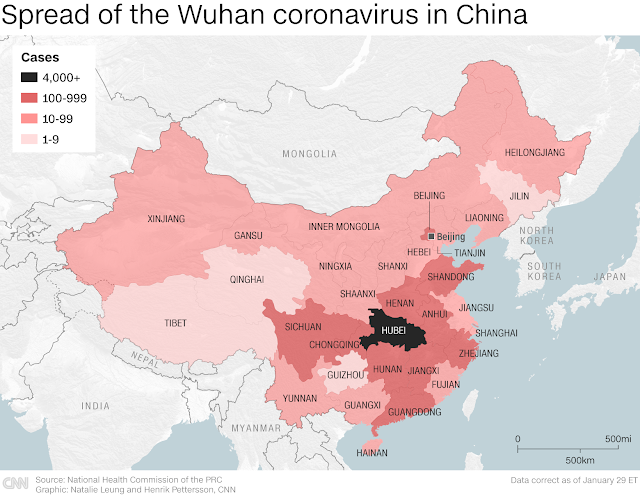 Tibet was previously the only region administered by the Chinese government to have avoided the virus. Now, all provinces, autonomous regions, special administrative regions (Hong Kong and Macao) and municipalities have confirmed cases.

Cases have also been confirmed in the self-governing island of Taiwan.

The spread to Tibet, a remote and mountainous region, will renew concerns about how easily the virus is transmitted, particularly when people are asymptomatic.

All travelers, including tourists, entering Tibet are now required to register with authorities and be quarantined for 14 days.

There are now 7,711 confirmed cases in mainland China, with 4,586 in Hubei province, where the outbreak originated.